Number 9, October 1975
JavaScript is disabled for your browser. Some features of this site may not work without it. 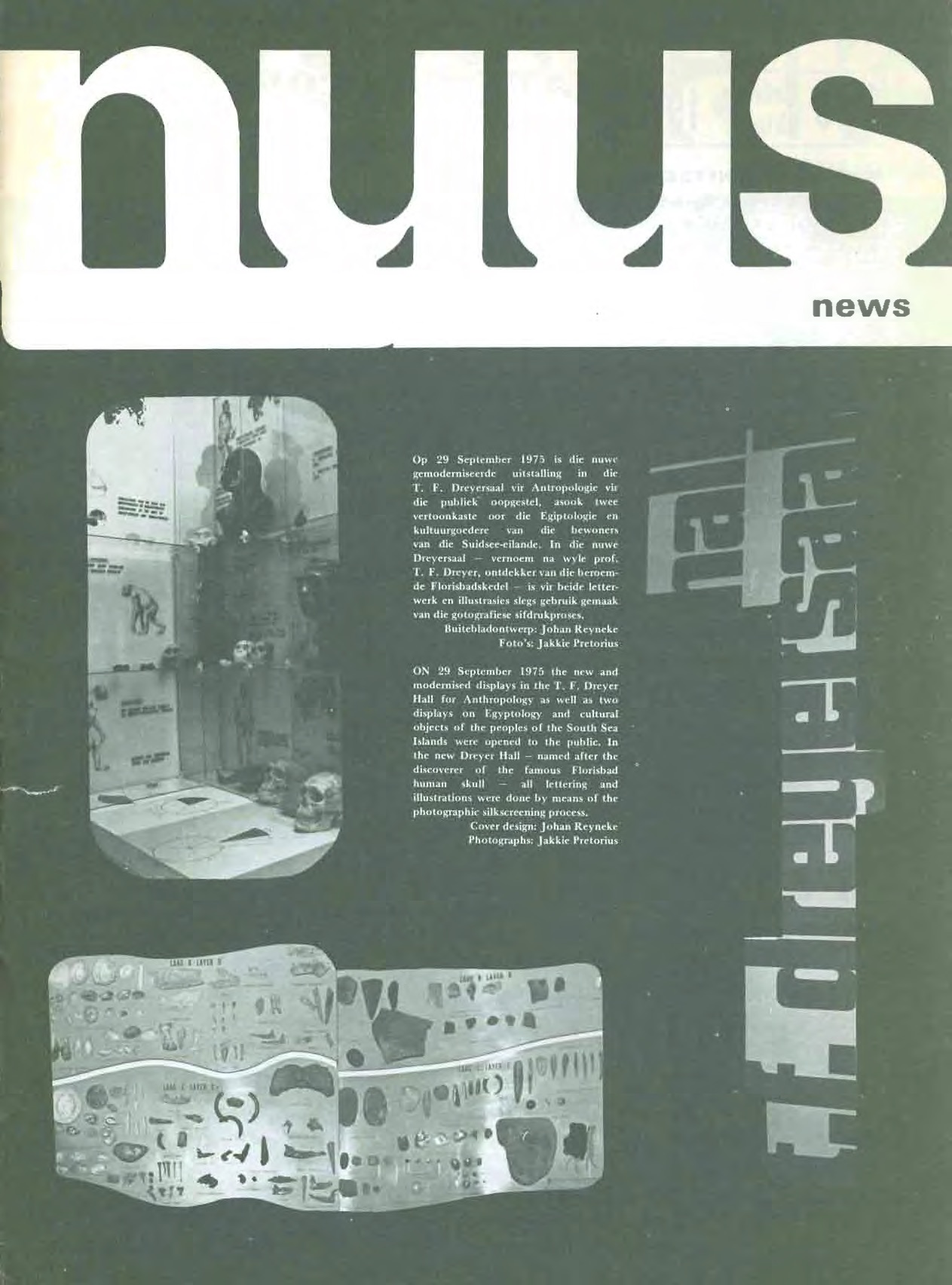 On 29 September 1975 the new and modernised displays in the T. F. Dreyer Hall for Anthropology as well as two displays on Egyptology and cultural objects of the peoples of the South Sea Islands were opened to the public. In the new Dreyer Hall - named after the discoverer of the famous Florisbad human skull - all lettering and illustrations were done by means of the photographic silkscreening process. Cover design: Johan Reyneke Photographs: Jakkie Pretorius